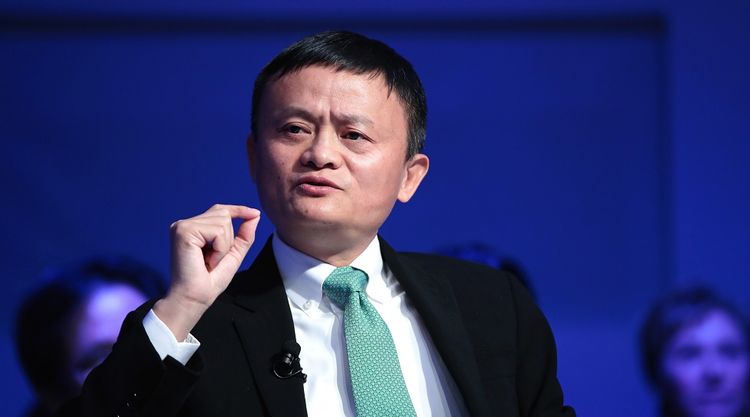 Why the Trolls Are Winning the Internet: Ex-Reddit CEO Speaks Out

Jack Ma, founder of Chinese e-commerce giant Alibaba, is resigning as chairman today and letting others take over. In his resignation letter, he passed on astoundingly good leadership advice. And it’s great for everyone else, as well.

I usually avoid the “one thing will change your life” type of story or headline, but, in this case, it’s warranted. Though the spirit of it permeates the letter, the last sentence of the fourth paragraph encapsulates it: “Because of physical limits on one’s ability and energy, no one can shoulder the responsibilities of chairman and CEO forever.”

His recognition is a statement of three intertwining principles:

You can’t do everything by yourself

U.S. society embraces a mythology of the self-made person. Come from nothing, the hero or heroine creates something great, facing all adversity alone, and ultimately conquers. Except that’s never how it works.

Of course people who accomplish anything do so with great work on their part. But whether in schooling offered, the way you were raised, pre-existing national and global infrastructure, work of those who went before, or teams that help make a final vision possible and known to the world, there is always help.

It’s like something Barack Obama said in 2012 that was taken badly out of context and made many people furious at the time: “You didn’t build that.” Here’s the full statement:

If you were successful, somebody along the line gave you some help. There was a great teacher somewhere in your life. Somebody helped to create this unbelievable American system that we have that allowed you to thrive. Somebody invested in roads and bridges. If you’ve got a business — you didn’t build that. Somebody else made that happen. The internet didn’t get invented on its own. Government research created the Internet so that all the companies could make money off the internet.

Business success depends on the employees doing all the things they need to do. Inspirational movies and theatrical productions don’t happen because of one actor or director or writer or designer or crew member. If you build your own deck or even replace a washer in a faucet, you learned to do it somehow and the tools and methods you needed were all invented long ago.

Research in creativity and innovation points to the importance of interaction among people, whether formally or not, to bring together the unusual combination of ideas that spark something new.

No one can do everything by themselves.

We are all mortal in that we all eventually die. Other things fall to the wayside as well: opportunities, interests, relationships, energy, and more. Ma may have found that he doesn’t have the energy, health, or time to do justice to both the chairman and CEO positions.

Or perhaps he’s tired of having done the same thing for years, just as he moved on from his previous profession as a teacher. Frequently in the evolution of companies, an entrepreneurial founder starts as a jack-of-all-trades, add experts in specific areas, and eventually reaches a scope of business that is beyond his or her management abilities. In that case, the founder doesn’t last forever, instead bringing on a replacement more suited to that role.

3 Practical Tips on How to Choose a Brand Name

Build for the future

Real success incorporates a result that could outlast the founder. Otherwise, the activity could be anything, whether making a sandwich for lunch or mowing the lawn. Short-term activities may serve necessary roles, but they aren’t important in a larger context.

If you aspire to action that has some importance — even to create something remarkable — then you have to think beyond yourself. Here’s how Ma’s letter explained it to shareholders, customers, and Aliren (employees):

Having been trained as a teacher, I feel extremely proud of what I have achieved. Teachers always want their students to exceed them, so the responsible thing to do for me and the company to do is to let younger, more talented people take over in leadership roles so that they inherit our mission “to make it easy to do business anywhere.” Carrying out this mission in order to help small businesses, young people and women around the world is my passion. This is not only our intent from day one but I feel blessed to have this opportunity. To realize the dream behind this mission requires participation by a lot more people than just Jack Ma and persistent effort by generations of Aliren.

You find the best people you can to help, work with them to do better, and create structures that can last past your final participation. The fruits of your labors are more than the size of a bank account. It’s in the existence of accomplishment in its own right.

Elon Musk: Why Taking Action Quickly Might Not Be Best for a Leader

Previous Article
Be a Sound Leader

Why the Trolls Are Winning the Internet: Ex-Reddit CEO Speaks Out