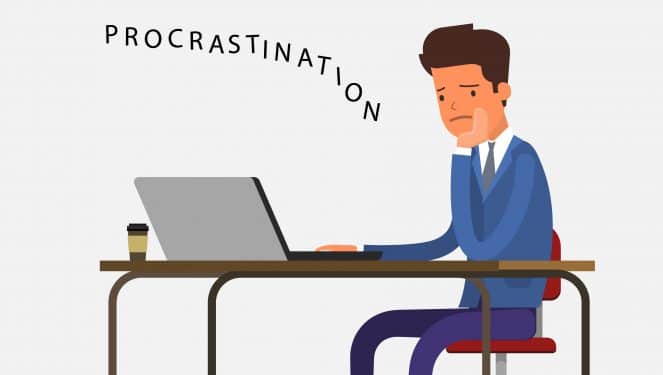 “Can you get that to me by the end of the day?” isn’t a request many employees like to hear. But for many people, having shorter deadlines instead of longer ones — “Do you think you can do that by the end of the week?” — might actually help them complete a task and see their work as being less difficult.

In a recent study published in the Journal of Consumer Research, my colleagues Rajesh Bagchi and Stefan Hock and I demonstrate that longer deadlines can lead workers to think an assignment is harder than it actually is, which causes them to commit more resources to the work. This, in turn, increases how much they procrastinate and their likelihood of quitting. This is true even when the deadline length is incidental, such as when a venue or guest isn’t available for an extended period of time.

In our research, we asked volunteers at a local community center to answer a short survey about retirement planning. We set two incidental deadlines. In one group, the online survey could be accessed throughout the next seven days, but the other group had 14 days. Results showed that participants who faced the longer deadline wrote longer responses to the survey and spent more time on it. But there was a catch: Those same participants were more likely to procrastinate and were less likely to complete the assignment than their time-constrained counterparts.

In another study, a longer deadline led respondents to commit more money to file their tax returns, even though the length of the deadline arose from an incidental factor — the arrival of a lost W-2 tax form. In this study, those whose tax form arrived later, and thus had less time to complete their taxes, committed to spending less money than their peers to get the same job done, hiring tax professionals or buying tax preparation software.

These two studies offer lessons for managers and employees who set deadlines, whether for themselves or for others. They also build on our understanding of Parkinson’s law, which states that “work expands so as to fill the time available for its completion.” Our findings though suggest that managers need to view deadlines more comprehensively. First, whereas Parkinson’s law suggests that longer deadlines lead people to set easier goals and therefore decrease effort, we found that longer deadlines increase an assignment’s perceived difficulty. Second, while Parkinson’s law makes a prediction only about time commitment, we found that longer incidental deadlines increase monetary commitment. As a result, when an assignment includes a budget, it might be better to set a shorter deadline than a longer one.

These findings related to only single deadlines, and many of us balance multiple deadlines of varying lengths at a time. And so my colleagues Yang Yang and Chris Hsee and I designed a separate study to consider how individuals respond to a group of deadlines. We concluded that when faced with multiple deadlines for tasks that vary in importance, people regularly pursue less-important assignments with shorter deadlines than more-important assignments with longer deadlines. In our article in the Journal of Consumer Research, we called this the mere urgency effect to reflect how limited time windows affect how individuals select what tasks to complete.

We studied this by offering college students three Hershey’s Kisses to complete an assignment with a quick deadline, or five Hershey’s Kisses to complete a similar assignment with a longer deadline. Importantly, the low-payoff option was linked to spurious urgency, because students could always finish the assignments (which automatically ended in exactly five minutes) within the deadline provided. More students were willing to give up a high-value prize merely when the low-payoff assignment was characterized by this illusion of expiration. In another of our studies, professional contractual workers on Amazon Mechanical Turk, whose daily job involves signing up to work on different human intelligent tasks in order to make money, were willing to give up an amount equivalent to 8% of their full wage specified in their contract merely because the low-payoff assignment was characterized by an illusion of urgency.

These studies showed us that people’s tendency to procrastinate on what is important to finish less-important urgent assignments reflects a basic psychological preference. Many of us know this intuitively; we constantly check and respond to emails rather than work on the revenue report or our team project. We choose to postpone a routine medical check-up that could be life-saving — say, by diagnosing cancer at an early, curable stage — in order to visit a store for its soon-to-end sale. This may happen because important tasks are more difficult and further away from goal completion, urgent tasks involve more-immediate and certain payoffs, or people want to finish the urgent tasks first and then work on important tasks later. However, our studies go one step further by showing that we may prioritize urgent yet trivial tasks even when these reasons are controlled for and when we would end up being worse off financially. We behave as if pursuing urgent tasks has its own appeal, independent of objective consequences.

These patterns are important for managers and others setting deadlines to recognize, in large part because our findings reveal ways to game the system: Short deadlines on urgent tasks elicit attention. Those tasked with the assignment are more likely to complete it, less likely to procrastinate on it, and less likely to spend superfluous money on it than if they were given the same task with a less-urgent deadline.

But sometimes a longer deadline is necessary if a task is inherently more complex or there are outside factors that are going to add time to the schedule. Can productivity still be wrangled? Our results suggest yes.

When deadlines are distant, managers can shift people’s attention away from the deadline and toward the final outcomes of everyday tasks. Reminding employees of the final payoffs of different tasks is an effective way to do this. And there are times when longer deadlines are more effective than short deadlines, such as when individuals have a natural tendency to under-plan, in saving for college or planning for retirement, for example. Though some people will procrastinate or abandon the task, those that do take it on will achieve the goals because they assume that they need to put more effort into the task than what is typically required. In this case, the deadline pressure serves to balance against under-planning.

Harvard Study Reveals the Secret to Being Likable and Emotionally Intelligent